Can data prevent the next health crisis?

The Trinity Challenge is providing up to £10 million for solutions that use data to better identify, respond to and recover from the healthcare emergencies of the future

As the UK emerges from its latest lockdown, our understanding of the global response to the COVID-19 pandemic is becoming clearer. More data is providing us with the information we need to understand how we’ve got to where we are today and, positively, the success of the therapeutic and vaccine response.

The submission deadline for The Trinity Challenge – a prize fund of up to £10m, supported by Legal & General, that will fund solutions to better prepare us for future global pandemics and localised epidemics – is approaching. Nigel Wilson, Legal & General CEO, explains that our part in the coalition that forms The Trinity Challenge is pivotal in building a better-prepared future: “The private sector must play a key role in driving innovations to protect us from future public health crises, ensuring that never again will there be an event which brings about illness, suffering and economic disruption on the scale of COVID-19.”

Ahead of the 15th April 2021 submission deadline, we explore the valuable role of data in preparing for the health emergencies of tomorrow, and hear from Hala Audi, CEO of The Trinity Challenge.

A different type of data

What’s becoming clear now is what wasn’t clear at the start of the pandemic. “With COVID, we’ve seen how little we knew at the beginning. Being much clearer on the economic and health links is really important in modelling and forming decisions that the Government makes, and there’s lots of progress that can be made there,” explains Audi.

During the pandemic, we’ve seen the highly successful cross-collaboration of economic sectors, in particular the academic, not-for-profit and private sectors. But Audi says cross-collaboration between different disciplines is as important in providing the data we need to plan for a safer, healthier future – something, she says, we’ve known since the Zika and Ebola outbreaks.

This pandemic has confirmed that there’s a lot of predictive power in using data that is not seen as ‘health data’ in the traditional sense, such as the surveillance of diseases and identifying threats.

“This pandemic has confirmed that there’s a lot of predictive power in using data that is not seen as ‘health data’ in the traditional sense, such as the surveillance of diseases and identifying threats,” says Audi. “We’ve seen a lot of really creative and hard-working people scramble to get the right data to the right people in the right place, really quickly, and that delivered results. But we want to make this more established so we don’t have this scramble in the future.”

Social media, for example, can provide data about what people are searching for, their symptoms and access to health facilities, which Audi says “has massive predictive power in terms of the spread and the prevalence of the disease”. Social media platforms have the ability to pool data from a large number of people, in real time, in symptoms surveys and knowledge, attitude and behaviour surveys. “This really beats any kind of bottom-up, traditional survey,” says Audi. “It’s not to say we don’t need the traditional way of doing things – we need them both. We need to add this layer of novel surveillance to the traditional data.”

The Trinity Challenge – which currently has 300 applications in draft form on its website – is hoping to reach “anyone, anywhere”, as Audi puts it, for the best solutions to future healthcare crises. Applications have been received from across the spectrum, from established academic institutions to small start-ups, and the solution doesn’t need to be cutting edge either. “What matters is that it uses data and analytics in a way that applies to the prevention, the response and the recovery from pandemics, in a way that is new and in a way that is applicable on a large scale,” Audi says.

“We want to have impact in more than one country, in more than one community,” says Audi, who adds the applications already span 58 countries. “And we want the ideas that our members and applicants will have surfaced to be really useful to the end users, whether that’s healthcare systems in various countries, multi-lateral organisations like the World Health Organization and United Nations, or some of the public-private partnerships that have been set up, like the global fund to fight HIV.”

What are the economic benefits of going green? 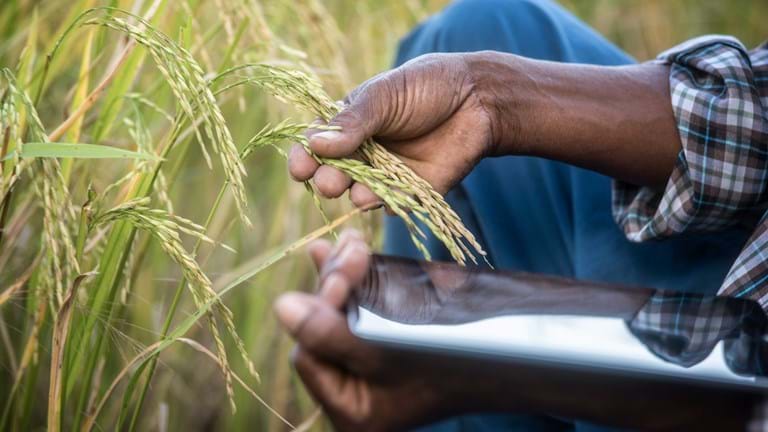