Retired engineer Brian Izzard was already enjoying his pension when his former company Nortel Networks UK Limited went into administration in 2009. Brian, who had taken on a role as a trustee, as well as being a member of the company’s pension plan, suddenly found himself representing his former colleagues in difficult negotiations over their benefits just as his own retirement plans were in jeopardy.

Brian says: “We were actually doing a three-year review in 2008 and we were hearing all sorts of rumours that Nortel was in difficulties. I think most of us probably thought, ‘yeah, OK, it’s a bit tricky, it has happened before, I’m sure it will go away’. It almost came as a complete surprise I suppose would be the best way of putting it. All of a sudden we were in administration.”

When the company went into administration the Pension Protection Fund (PPF), known as the ‘pensions lifeboat’, stepped in and benefits were reduced to PPF levels of compensation. The Plan remained in the PPF for almost a decade until Brian and his colleagues managed to obtain more funds from the insolvency proceedings and agreed a pension buyout transaction for the pension fund with Legal & General which increased benefits above the PPF levels. This is an example of how we’re supporting the ageing population in the UK who are relying on company pensions to provide for their future and find this future in jeopardy.

Brian had no idea of the size of the task ahead of him when he accepted the role of trustee. He adds: “I do like to be quite involved in things that affect me, so when I was invited by the company to become a member-nominated trustee it wasn’t too much of a stretch. I remember asking one of the existing trustees how much of my time it was going to take, and they replied ‘Oh, certainly no more than half a day a week’. Well, that was kind of true until Nortel went into administration. I didn’t know what I was putting myself up for.”

Brian quickly found himself drafting letters to the members to explain what was going on. “We had to make initial contact with members by law under the PPF assessment process and then write an annual letter to members keeping them advised of what was happening,” he says. “I always try to keep in mind that I’m writing to somebody who knows nothing about it. I was always very conscious about the necessity to express everything in a way that everybody understood – no jargon, no huge technical stuff. I did my best to keep it simple.

“I attended a couple of mediation sessions in New York and there were 100+ lawyers and financial advisers present, and I was the only future beneficiary, there was nobody else who wasn’t a professional there. This was really brought home to me about halfway through the recovery process when I had to call a member who wanted to know what we were doing about his pension. I said: ‘Before we start, let me tell you I’m in exactly the same position as you, I am a beneficiary’ and he replied, ‘You mean you aren’t a suit?’ and I said, ‘I do wear suits, but I know what you mean and, no, I’m not’.”

I was always very conscious about the necessity to express everything in a way that everybody understood – no jargon, no huge technical stuff

Clearly being in the same position as the people he was talking to meant that Brian was able to empathize with them and tell them honestly that he understood what they were going through. “I really think that is important,” he agrees. “They’ve been able to say, ‘Brian’s looking after his pension, and if he’s looking after his, then he’s looking after mine’. I do believe that engenders a lot of satisfaction and confidence from the membership.”

Brian knew that his own pension might eventually be affected but he was in a slightly better position than some plan members because he had already retired and was receiving his pension when Nortel went into administration. He says: “People who were under the normal pension age suffered an automatic 10% reduction in their benefits. Even if you retired early, if you were under normal pension age on the date the company went into administration, you got cut back.”

The trustees needed a solution and knew that if a pension plan has sufficient assets it can purchase benefits above the levels of PPF compensation with an insurer. In 2018, (having secured the additional funds needed), the trustees and their professional advisers conducted a competitive process to choose an insurer – and chose Legal & General. Members were able to either receive a transfer value or reshape their pension benefits to suit their personal circumstances.

Brian says: “I have to say in terms of the assurances [they gave], it was quite clear to me where I wanted to be, and I ended up where I wanted to be. There was quite a lot of technicality, as you might imagine, but myself and the other member-nominated trustees were able to quiz the various potential insurers about what I might call ‘after-sales’ support, for want of a better word. Things like ‘Have you got a good helpline? If I call up, do I have to wait three hours before I actually get to speak to someone?’

“Price was a key factor, but there were other concerns as well and the fact that we were able to offer members choices they weren’t really entitled to really helped with getting this transaction over the line. I think most members were surprised at the outcome. They really didn’t think we would end up getting as much money back as we did.

This was achieved through an initial £2.4 billion transaction with Legal & General in 2018, which was followed by a £105 million top-up transaction earlier this year, which provided additional benefits for plan members on terms that were agreed alongside the original transaction.

“Around 34,000 members saw their pension benefits change” says Brian. “I think we did actually learn quite a bit from the first transaction. Certainly, the whole process with Legal & General worked for me: everything happened when we wanted it to and the whole process was properly seamless from our members’ point of view – this was supported by all the heavy lifting our admin team at Willis Towers Watson did in the many years leading up to the transaction.”

That’s not the end of the journey, as a third transaction is expected, which will benefit plan members further.

“The outcome certainly came as a pleasant surprise to all our members,” says Brian. “I don’t think we’ve had anyone express disappointment with the outcome.” 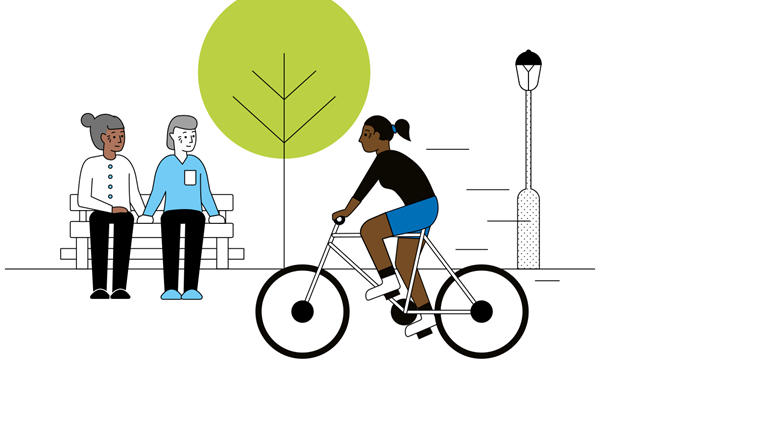