Challenging companies to do more on climate

More companies are putting climate action plans in place, but we continue to use our financial muscle to drive improvements

The world we live in is growing ever more uncertain, with the tragic war in Ukraine and a cost-of-living crisis following the global pandemic. Yet we cannot be distracted from our efforts to decarbonise the global economy and limit climate change.

Legal & General Investment Management’s (LGIM’s) Climate Impact Pledge** is a campaign through which we engage with the companies we invest in and may divest from those that do not meet our expectations on climate action – excluding them from funds with more than £87 billion in assets. The Climate Impact Pledge and potential disinvestment applies to a subset of LGIM’s assets under management - across approximately 1,000 companies included in its annual assessment

Over the past year we have seen significant progress as more companies set decarbonisation and net zero ambitions, and the number we sanctioned through voting fell by 35%.[1] We engaged directly with 59 companies and will divest across certain funds from two of these – China Resources Cement* and Invitation Homes* – and remain divested from a further 12.[2]

In the case of both Invitation Homes and China Resource Cement*, we took the decision to divest and vote against the chair because the companies have shown insufficient action on climate overall, including having no target in place to reduce operational emissions. There has been no improvement since last year when we voted against the chair due to the same concerns.

We will, however, reinvest in Japan Post Holdings* which we previously excluded. This follows the introduction of its policy on thermal coal and more recent emissions disclosures. The company has also published a net zero by 2050 target for its portfolio and an interim target for 2030.

LGIM’s Climate Impact Pledge was launched in 2016 to address climate change, creating an annual ranking of corporate leaders and laggards on climate. It initially focused on 80 companies and at that time could only lead to divestment from a single find. In 2021, it was expanded to around 1,000 companies, and the number of funds applying the climate impact pledge has also steadily grown since 2016. This year we will vote against 80 of these for not meeting our minimum expectations with regards to climate change management.

Michelle Scrimgeour, CEO of LGIM and co-chair of the COP27 Business Leaders Group, says: “Many of our investee companies are increasingly on board, with a slew committing to net zero targets, and we voted against companies on 35% fewer occasions over the past year than during the previous one.

“Yet there remains much more to be done, particularly in setting out detailed plans of how to get there. We do not shy away from difficult conversations. The 59 priority engagements and 14 companies on our divestment list are testament to our commitment to continually press for higher standards in the market.”

LGIM has committed to support the transition to net zero greenhouse gas emissions by 2050 or sooner across all its assets under management. Engaging with investee companies on climate change is essential. We need the market as a whole to act on decarbonisation.

One estimate shows that listed corporates are responsible for more than 40% of global emissions [3]. From apparel and airlines to technology companies and utilities, the approximately 1,000 companies in 15 climate-critical sectors we are focusing on are responsible for more than half the greenhouse gas emissions from the world’s largest listed businesses.

To assess them we draw on around 65 data points using LGIM’s proprietary Destination@Risk climate modelling tool and third-party data. The performance of companies and sectors across the globe is improving. While Europe still leads the way, Japan and the emerging markets stand out as the regions that have seen the most significant improvement over the past year.

The 59 priority engagements and 14 companies on our divestment list are testament to our commitment to continually press for higher standards in the market.

Sectors are improving, but there is more to do

There has been steady improvement across sectors, although extractives, steel and aviation lag behind. The challenges facing these sectors are significant, but action must be taken. In the oil & gas sector, we have been encouraged by the steps taken by key companies, including Exxon Mobil*, to strengthen their climate transition targets. However, more needs to be done, particularly around those companies downstream emissions from sold products.

In mining, we welcome commitments made by Glencore* to prioritise investment in metals that support the transition to low-carbon energy and to strengthen its emission reduction targets. However, we remain concerned about the lack of a time-bound commitment from the company to reduce its exposure to coal.

Among utilities, we have also been pleased that KEPCO* and PPL* have made their emissions reduction targets more ambitious, and that KEPCO* has set a strong renewable energy target. We are concerned, however, about the pace of the phase-out of thermal coal generation at both companies.

There are many other examples of greater efforts being made across other sectors. Through the rest of 2022 and beyond, we will continue to expand the Climate Impact Pledge to cover more companies. We will continue to push for heightened ambition and action by the companies in which we invest on behalf of our clients.

*For illustrative purposes only. The above information does not constitute a recommendation to buy or sell any security.

** Companies are divested from selected funds with £87 billion in assets (as at 31 Dec 2021), including funds in the Future World fund range, and all auto-enrolment default funds in L&G Workplace Pensions and the L&G Mastertrust. Companies are divested up to a pre-specified tracking error-limit. If the tracking-error limit is reached, holdings are reduced rather than fully divested. 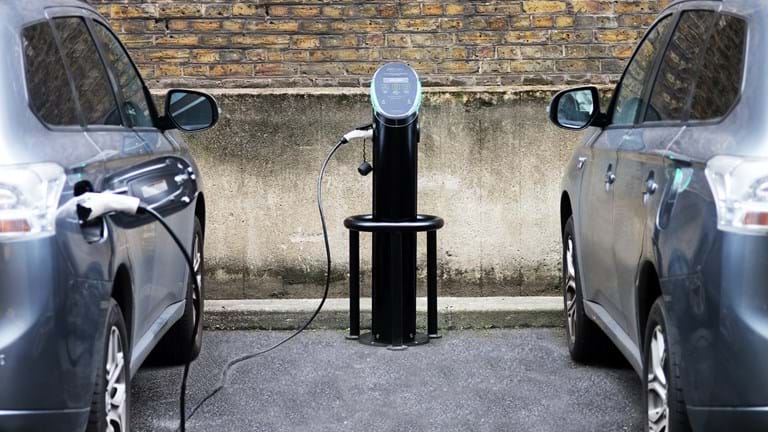