Befriending the nation in lockdown

Our Befriending volunteers telephone society’s most vulnerable people, creating long-lasting relationships that will survive far beyond the pandemic

Like so many things affected by Covid-19, our work with Royal Voluntary Service (RVS) to support those in need had to be reshaped during the pandemic. As soon as the first UK lockdown was announced in March 2020, our volunteers were required to stop hospital visits and were instead given the opportunity to become a ‘befriender’ – making calls to vulnerable people in need of human connection during these unprecedented times.

In Spring 2020, 2.6 million people in the UK reported feeling lonely "often" or "always", according to the Office of National Statistics.1 The profound impact that something as simple as a phone call could have became immediately apparent, and so our telephone befriending programme was born, focusing on connecting people who can have regular, informal catch ups. We have since been working with three charities – RVS, Independent Age and Carers First – to provide this service, which builds on our existing support to vulnerable customers. Recognising that the majority of individuals needing our support have had their social activities cancelled as a result of lockdowns, we were keen to act quickly. Working closely with the three charities, we were able to complete the comprehensive safeguarding and vetting procedures within a week.

Large, public-facing companies are required to show that they’re taking responsibility for building a better society. But Toby Wyithe, Corporate Social Responsibility Business Partner at Legal & General, says that in this case that’s not why we do it. “Yes, there is a link to the elderly demographic because it’s our customer base, but I genuinely believe we do it not just because it’s our responsibility, but because we care passionately about supporting vulnerable people in our communities on an individual level.”

The befriending service started as a small pilot with just 10 employees. Now, there are over 80 befrienders, including Chris Knight, Legal & General's Chief Risk Officer, and Independent Non-Executive Director Lesley Knox. When the programme began, those involved signed up for a three-month commitment – the time people were expecting lockdown to last. “When we realised the programme was going to be extended, we did a poll of all the befrienders, and every single person wanted to continue, because they all knew it was the right thing to do,” says Wyithe.

There’s been an increasing community spirit and awareness of how you can help people in the simplest of ways.

There is without a doubt a sense of anticipation as lockdown eases and people will have the opportunity to meet loved ones, but for many people the easing or even removing of lockdowns will change very little, if anything. “The lovely lady I speak to has carers go in four times a day because she’s physically incapacitated, so the easing of lockdown restrictions won’t make a great deal of difference to her,” says Wyithe. But he believes that there has been a silver lining in this crisis, that will continue as we emerge from the pandemic. “There’s been an increasing community spirit and awareness of how you can help people in the simplest of ways. Just picking up the phone to someone makes such a difference.”

That's one of the reasons we are funding a separate programme that will expand and introduce new volunteer training iniatives for the Samaritans. The charity saw a 30-per-cent reudction in volunteer availability as a result of shielding programmes of the past year, yet despite this volunteers have spent more than one million hours listening to people who have been struggling to cope. "At Legal & General we have been supporters of the Samaritans for many years and this pilot scheme will enable us to continue that work to help bring more volunteers onboard for them," says Sara Heald, Legal & General Head of CSR.

Being a befriender makes a difference to our employees, too. Befrienders have built strong relationships with the people they have been calling – Wyithe sends Christmas cards and even sent a Mother’s Day gift. “It works both ways. We, as the people who are making the calls, are getting a huge benefit from doing it. If I’ve had a bad day, I know I can go and talk to her about football and British comedy, and enjoy a 30-minute conversation with someone who is intelligent, funny and caring. It is both a pleasure and privilege to talk to someone with a great deal more life experience than me who brings a level of insight and perspective that often changes the way I think about things."

700,000 to reach retirement age in 2022: seven things to consider for people approaching this milestone 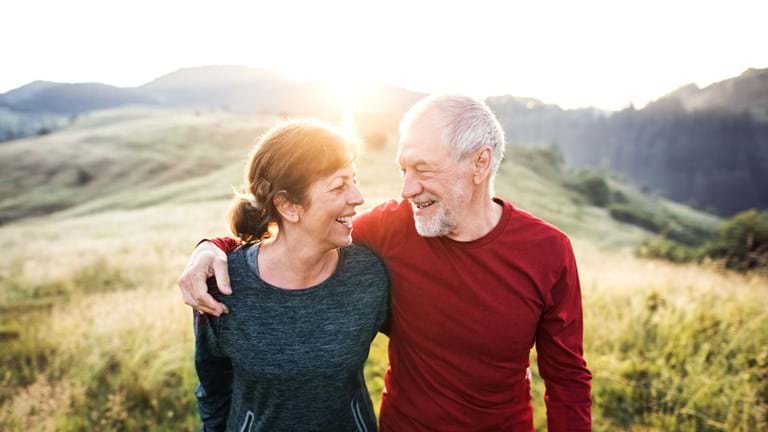